With electrical costs making up 76% of total cost of ownership, according to the U.S. Department of Energy, buying an air compressor on price alone is pennywise and pound-foolish. What you pay your local utility will dwarf initial cost and maintenance over the lifecycle of your compressed air system.

Thus it makes all kinds of sense to consider the energy efficiency of the unit you are planning to buy. And perhaps make your purchase decision more on energy usage than price tag.

So, what is the most energy-efficient air compressor? The answer is, it depends.

A lot of external factors impact the energy costs of your compressed air system, including your plant layout and the control systems you have in place. Doing both well could cut your utility bill significantly.

Let’s start with a quick discussion of the different air compressor types.

For the most part, large centrifugal and axial units are only used in very large, specialized applications. Large reciprocating compressors are very efficient, but their sizeable upfront cost and maintenance expense make them largely a thing of the past. You will find some smaller recips, mostly in intermittent-use commercial applications. And vane and scroll compressors are used in lower-demand applications, where space and noise are issues. 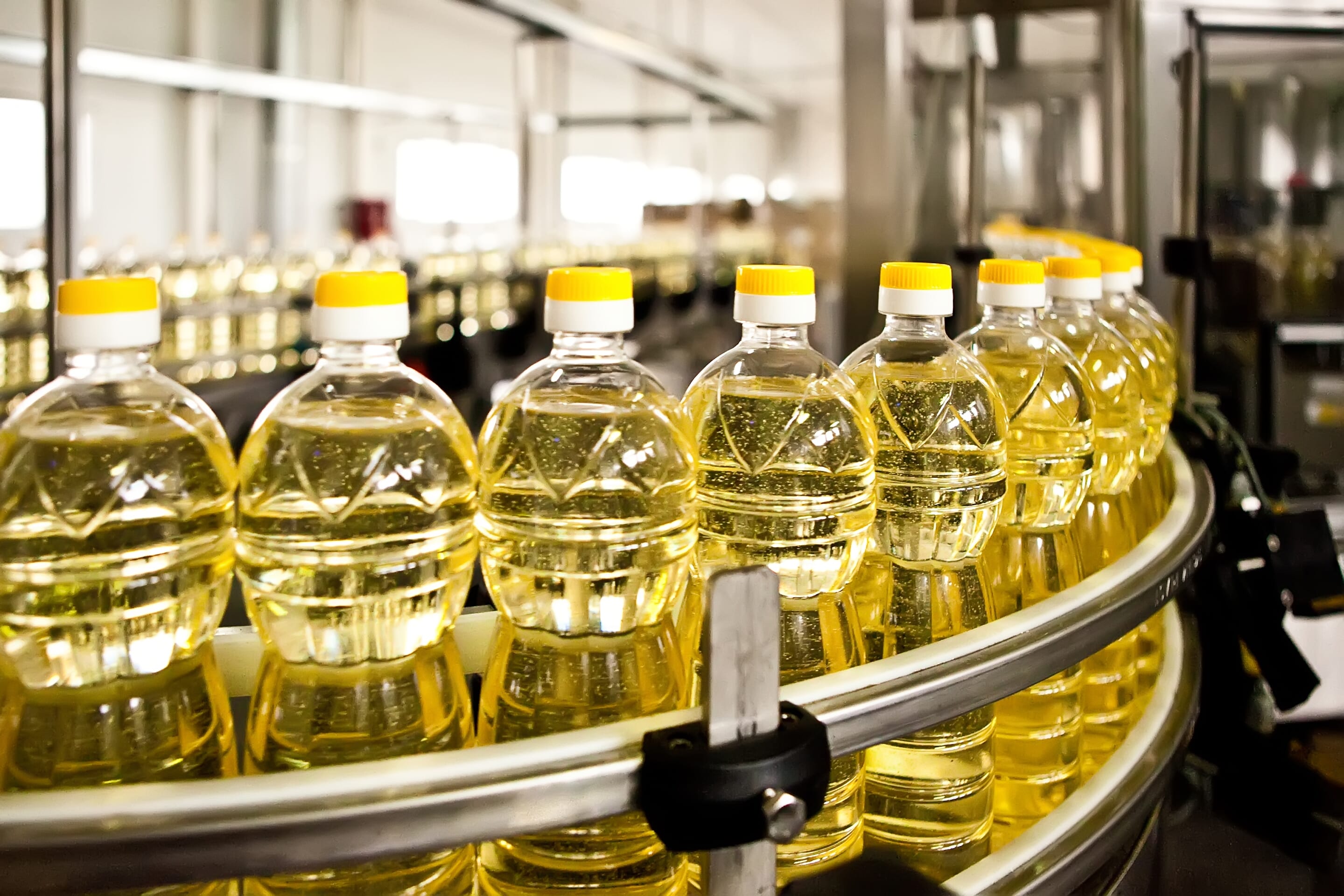 Food and beverage companies have stringent quality regulations their systems must meet, including the use of USDA- and NSF-approved food-grade fluids.

The majority of industrial air compressors these days are rotary screw air compressors, so named because they have two large screws that rotate inside a concealed chamber. They have a number of distinct advantages over the other types:

Now, let's take a closer look at single-stage and two-stage compressors and the impact they might have on your situation. 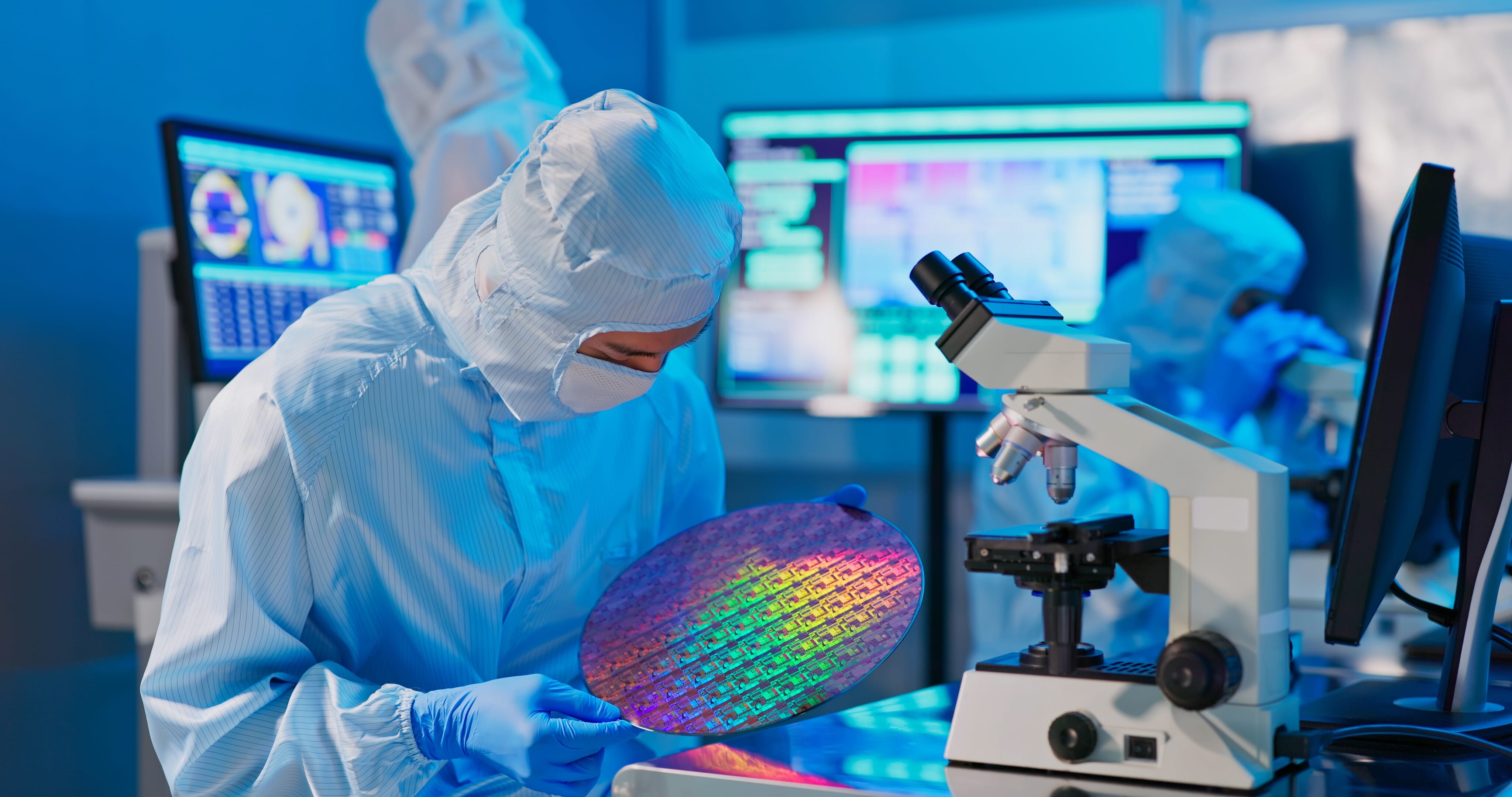 You’ll hear a lot about single- and two-stage compressors, and that’s one of the cost tradeoffs that increase the efficiency of rotary screw air compressors.

A typical 100-PSI system usually has a 7.8 to 1 compression ratio (you convert your PSIG to PSIA, then divide the PSIA total by the atmospheric pressure of 14.7 PSIA at sea level). How you generate that ratio has a significant impact on the energy efficiency of your air compressor system. 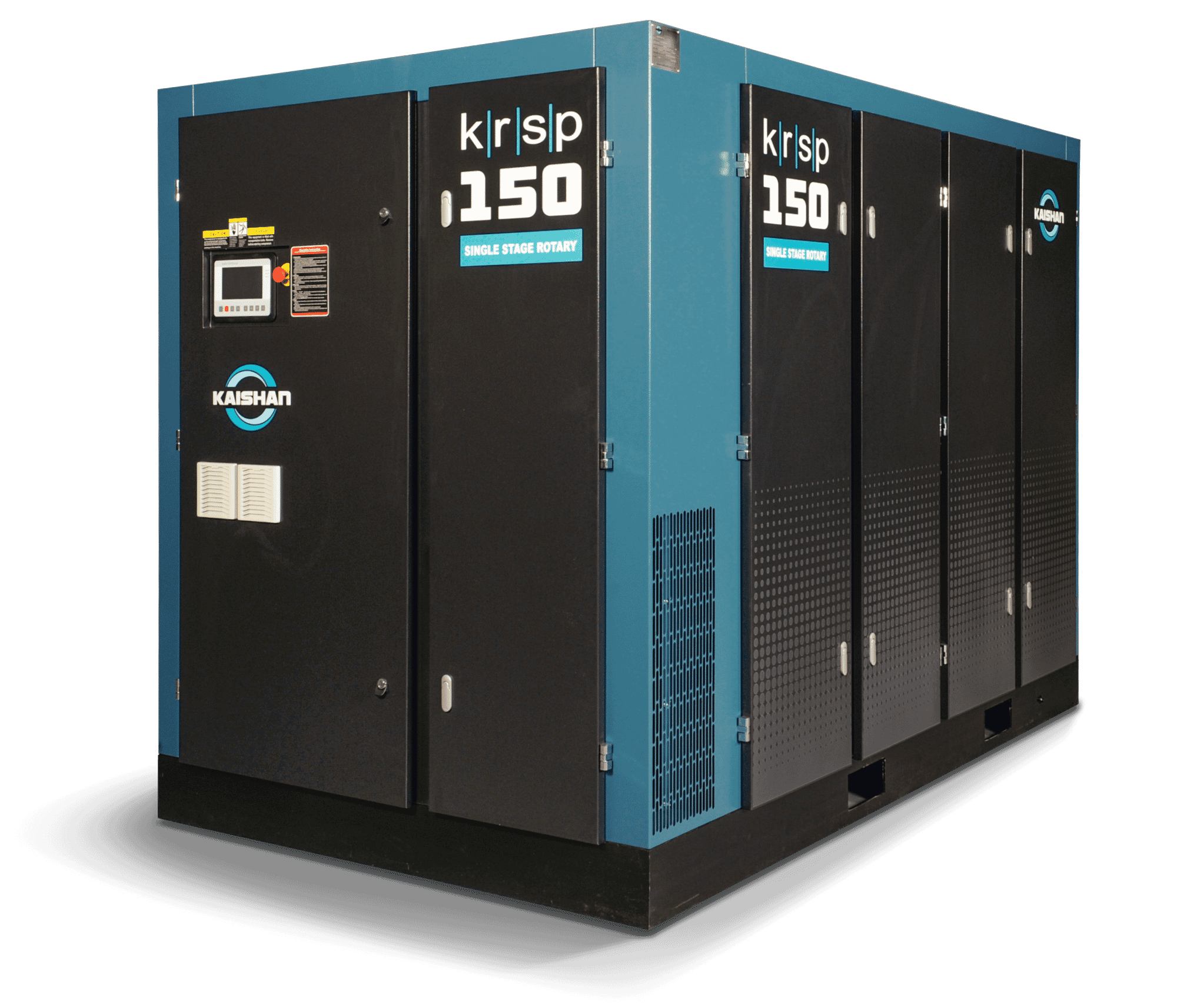 Kaishan’s KRSP single-stage rotary screw air compressors are among the most cost-effective options on the market. 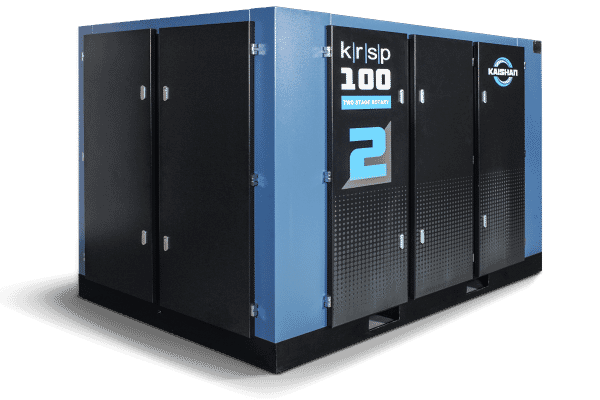 Kaishan’s KRSP2 two-stage rotary screw air compressors are some of the most energy-efficient machines on the market.

Specifically, you can generate all of that pressure at once with a single-stage air compressor. Or you can use a two-stage compressor to split that load and reduce the heat of compression (using inter-stage cooling). By dividing the compression cycle into two steps, the two-stage model reduces the amount of work done across each stage. The compression ratio is then just 2.8 to one in each stage.

As a result, since the second stage builds on the pressure created in the first, a two-stage compressor will generate more compressed air for less energy.

The two-stage compressor will also generate less heat of compression, allowing it to maintain tighter tolerances, further increasing efficiency and reliability. Two-stage compressors also have more bearings, all of which are under less stress, extending the overall life of the air compressor.

The bottom line? A two-stage air compressor will generate up to 15-20% more flow in the same size air compressor, decrease overall power costs, and have a longer life, with reduced downtime. That’s a payback that will generally recoup the price difference quickly.

But it's typically more reliable and energy efficient to deploy multiple compressors in a network to handle the variations in compressed air demand.

Here’s an example. Normally, we find wide variation in usage, depending on what’s happening in a plant. So let’s say you need 1,000 CFM on the first shift, 600 on the second shift, but only 200 for the third. The first two are okay, but the last is a killer, no matter how you do it. 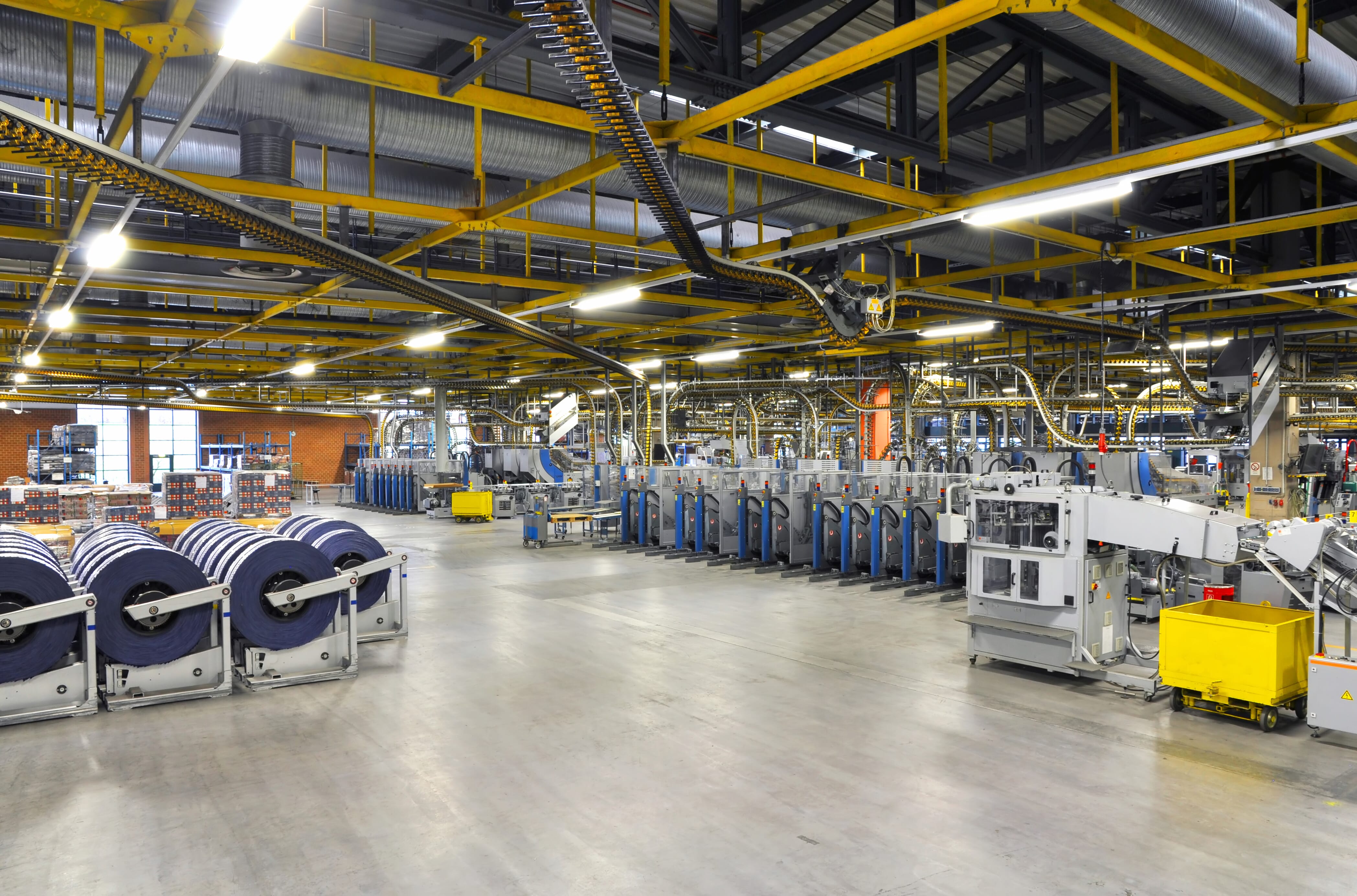 The layout of your plant can have a significant impact on the efficiency of your air compressor system.

You're way better off buying three units–one to base load, one to trim, and another one for backup. And you just rotate the three continuously.

And that gets us into controls.

The basic controls are start/stop, used both in reciprocating and rotary screw compressors, generally less than 30 horsepower in size. It’s like a car–you get in, you turn the key and then when you reach 70 miles an hour, you turn your car off. That's it.

A slightly more advanced control is load/no load, sometimes called online/offline. You see this approach on some of the bigger recips and on all rotary screws. You turn the machine on, it goes to full load, then goes into neutral when it can hold at that stage. So when you put your foot on the accelerator and hit that 70 miles an hour, instead of turning the car off, you take your foot completely off the accelerator, and you coast. Then when it slows down to, let's say 60 miles per hour, we kick it back in gear. So you cycle between 60 and 70. You're not turning the car off and you're not wearing out your contactor, your starter. That's the most common rotary screw control; and it's extremely energy efficient if it's applied properly.

In our example, if you buy a 1000 CFM air compressor and only need 200 CFM on the night shift, you’re going to have a problem with machine load. You're running the compressor unloaded the majority of the time (consuming energy and making zero compressed air) and burning the motor up by starting six or more times in an hour. And if it doesn't have the 10 seconds it needs to blow down properly, you start passing oil downstream. When you're unloaded, after all, you're still consuming about roughly 20% of your full load power. Therefore, in this situation, we recommend load/no load as the simplest and most reliable control method.

You can use optional modulation valves, which slowly close the inlet valve, thus increasing the compression ratios. It's not energy efficient. But when a customer’s system is having rapid cycling events, we use modulation to keep the thrust load off of the bearings. That’s good for longevity, but not helpful for efficiency.

Meanwhile, variable speed drives (VSDs) are becoming more common, especially with utilities in several states offering rebates to companies who install VSDs or variable frequency drives. And California even had a VSD mandate. But that’s not a good solution when there’s a lot of heat, which is quite likely in the control rooms where compressors are usually located.

In network control, compressors are networked to form a chain of communication that automatically cycles through stop/start, load/no load, modulate, and variable speed. One compressor is the lead unit, issuing instructions to the others in the system. The goal is to link all the compressors together and keep a consistently low pressure throughout the system. Usually, you can only network compressors from the same manufacturer without an aftermarket controller.

Going back to the 1,000 CFM example, let’s say we have a 400 CFM base load machine and a 600 CFM variable compressor. We could network those two together so that we could effectively be trimming at an energy-saving point anywhere along that graph from 300 to 1,000 CFM. So we're compressing the air efficiently.

Many compressed air users have turned to System Master Controls to network air compressors (even from different manufacturers) throughout their plants in a preprogrammed sequence.

Properly configured, these advanced controls can allow you to operate your compressed air supply in a relatively tight band: plus or minus 2 psig. And that’s great news both in operating costs and energy use.

But all too many plant people have come to think of these advanced controls as a “fix it and forget it” recipe for their compressed air system. Unfortunately, not so much.

It’s easy to construct a scenario in which that strategy comes undone. Suppose you had an unanticipated failure in one of your lead compressors, just when you were at the bottom threshold of your supply band. That could easily result in a rapid drop in your supply pressure. And during the time it takes for a standby compressor to come online, run through its protocols, and begin to contribute air, the supply pressure could continue its rapid decline. Because the event occurs when pressure is at the bottom of the band, critical processes begin to approach automated shutdown mode. The lost production that results could be very costly.

The use of a Pressure-Flow Control system could prevent that, connecting the supply side of the system with the demand side and maintaining the energy balance at an optimum level.

In the scenario mentioned above, a Pressure-Flow Control system would release supplemental air from an air receiver tank to sustain production. There would be no pressure dip and your production people might not even be aware that a problem had occurred.

Pressure-Flow Control monitors the pressure at the control valve, releasing air from the air receiver tanks as needed to keep the system stable. So, while System Master Controls constantly readjust discharge pressure at the compressor, Pressure-Flow Control monitors air pressure throughout the system. Users can maintain air pressure throughout their plant at the lowest optimum level, reducing discharge pressure on their compressors, and cutting energy usage and cost.

Pressure-Flow Control thus buffers the compressors from the ups and downs of system demands. That allows System Master Control to deploy compressors in the most efficient sequence, with the combination of the two approaches in one example saving about 20%.

As you can see, using energy efficiently in your air compressor system depends a lot on the timing of your needs, your plant layout, and the control strategies you employ. But we can help you figure out what will work best in your application. Talk to the experts by contacting us today.

A lot of external factors impact the energy costs of your compressed air system, including your plant layout and the control systems you have in place.